Freeport on my mind

As I've written previously, half of the "adventure" in this vacation was actually getting there.  Turning what should have been a leisurely flight requiring but a single Gin & Tonic into a 40 hour oddyesy can only be executed with such precision by American Airlines.  We've finally recovered from that so I'll not dwell on it.

We have, 6 years ago or more, been to Nassau (southern Bahamas) for vacation.  Well, more accurately, we drove through Nassau to Paradise Island.  Most folks know about the gigantic Atlantis resort on Paradise Island but we stayed at a more modest time share that was right next to the Atlantis.  Watching the yachts go in and out of the marina, including the massive 240' long "Utopia" (pics) was just amazing.  In our little timeshare on that marina, we really were in the little house on the big side of town.  The "Beach Club" next door was where part of the James Bond film Casino Royale was filmed – although not while we were there. 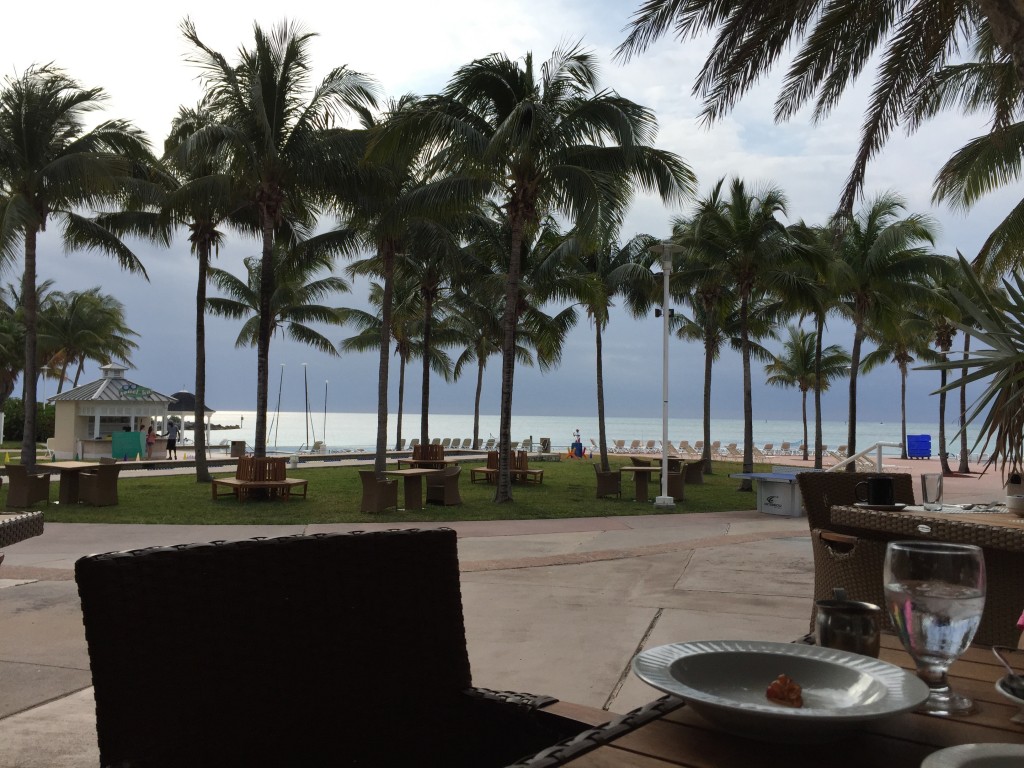 As Yin to Nassau's bustling, gritty and British self, Freeport's Yang is more of a wide open, well organized development.  The middle of the island is actually governed by a "Port Authority" and is where most of the commercial activity takes place.  The roads are much closer to what an American (or Brit) would expect (roads around Nassau are frequently not wide enough for two cars!) and there are American franchises present in Freeport….but don't take that to mean that Freeport does much else other than look like it might be vaguely American….or British in nature.    There are very few stop lights but many traffic circles.  Drvining on the other side of the road is just wierd.

If you want to enjoy a trip to the Bahamas, always keep this phrase in mind (as relayed to us by a tour bus driver): "In the Bahamas, we have two speeds, slow and stop."  The Bahamian people have a fundamentally different way of looking at life and if you do not keep this in mind you are going to be a frustrated tourist.  The national motto seems to be "no problem."

At least part of this mindset results in a dearth of entrepreneurial drive in the Bahamian people.  Yes, you do find pockets of it here and there but something our tour guide said has really stuck with me: "the government raised the minimum wage last year so we all got a raise."  Now, this isn't to say that they're a lazy folk but they do operate at a fundamentally different speed than Americans do.  Theirs is just a different way of doing things.  That isn't bad, it's just different.  Embrace this and you'll enjoy yourself.  If you can't, stay on the resort.  Enough background…. 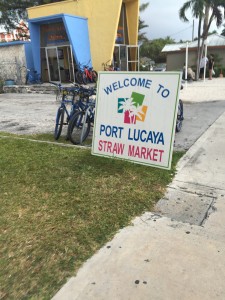 Recall that when we arrived in the Bahamas we had the clothes we were wearing and no other.  There is at least one "Target" style store in Freeport but we went with the "Straw Market" that we could walk to from the resort.  Anticipating that our luggage would show up sooner or later we stuck with inexpensive shirts and whatnot.  We've seen straw markets in many places in the Caribbean and they're all variations on a theme.  It's pretty much wild west action.  Knock-off pocketbooks, watches, shirts, drug paraphernalia, fruits, vegetables and Cuban 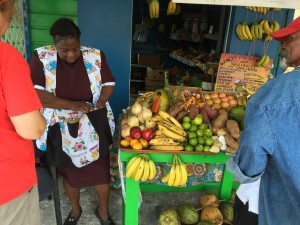 cigars.  It's all there.  Number one mistake that Americans make in the Straw Market is taking any price at face value.  I admit that it does feel odd to argue with a vendor over price – countering a price in Walmart would probably get you thrown out – but if you don't you will pay ridiculous prices.  The reply to the initial price should be "No", followed by another number.

The first few days that we were at the resort, the weather wasn't great.  It was chilly and very windy.  The wind, in fact, stuck with us the entire time.  I don't recall that it was that windy when we stayed in Nassau.  However, the old saying "a bad day at the beach beats a good day at work" pretty much sums up where we were.  The family was having some time together although the shadow of lost baggage did hang over things a bit.  Late afternoon on the second day the weather began to cooperate some and we got to spend a fair amount of time outside although the wind never really relented.

About the only thing we did outside the resort (which is a little odd, we usually do more) was to go on a tour of the island that included a botanical park (The Garden of the Groves) that was built some years ago as a tribute to one of the "Founders" of Freeport, another straw market – the "International Bazaar" and a perfume factory.  The route wandered through some of their residential areas – both affluent and less so – as well as through downtown Freeport. 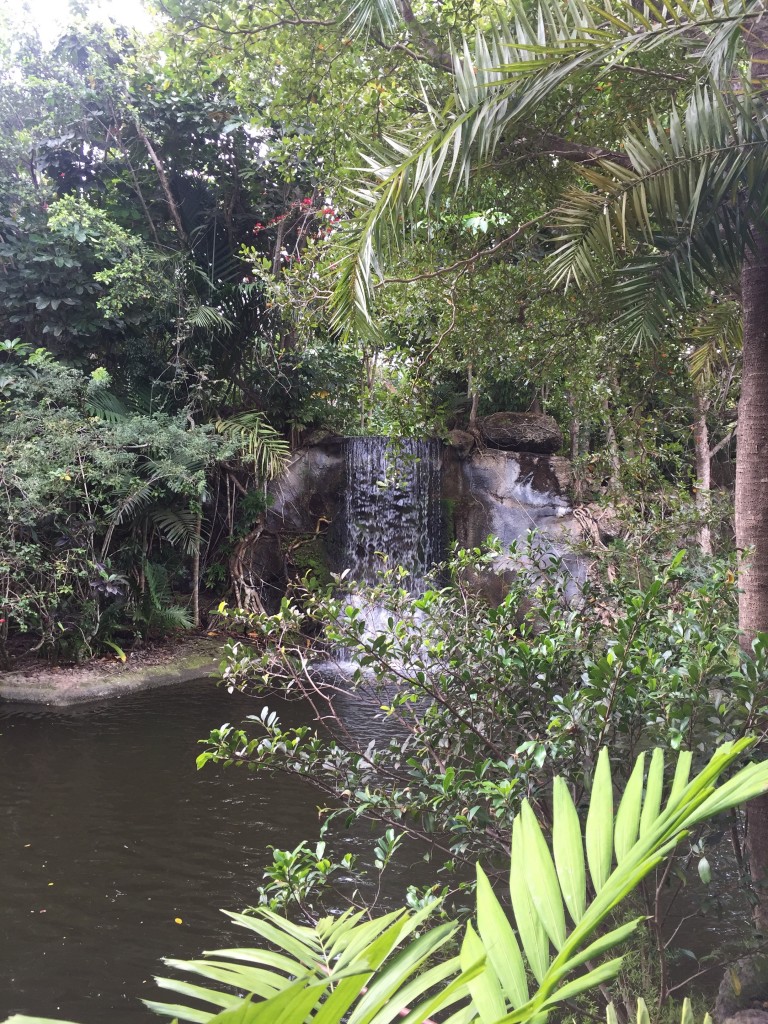 The Garden of the Groves seems like a well established fixture on the island, the other features seem somewhat more transient.  The Bazaar was evidently trashed by a hurricane some years ago and never recovered.  My main takeaway from the entire adventure is that the Bahamian people are, by and large, very proud of where they live. Our guide pointed out essentially every enterprise and amenity that we passed.  Including KFC. To them it is a big deal.

I could ramble on forever but here's the long and short of it: While Freeport and Nassau share that same slow – stop mentality I think I'd rather go back to Nassau.  Of course, with the exception of Shenandoah and Nags Head, we don't revisit vacation destinations so we won't see either for quite some time.

This is as good as it gets?