As a forward let me say that some of my descriptions in here are a bit "general".  I'm trying to convey at least the sense, if not the actual facts, about what is going on.  This is a complicated issue and it is hard to explain some of this stuff in a short blog post.  So, if you're a surface water transport propeller head, don't start posting a bunch of crap about how I'm wrong because I'm not posting arcane facts.  In addition, also know that I'm a subsurface flow and transport guy so I'll lop you off at the knees.  This is a blog, not a science journal.

The never ending "cleanup" of the Chesapeake Bay is coming to Manassas!  (Fact Sheet from EPA) A couple of years ago the Feds decided that the cleanup of the Bay was going nowhere fast and that something different needed to be done.  After a bit of fiddling, they came 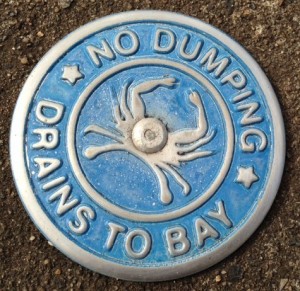 up with a multi-state "model" of where surface water enters the bay.  It's really a computer model of the entire watershed which is 5 or 6 states I would guess.  The model also calculates where the contaminants are coming from and the volume of those contaminants.  In the case of the bay, the biggest pollutants are nitrogen, phosphorous and sediment.  The first two you might also recognize as "fertilizer" but both also come from animal (and human) waste.  Sediment comes from pretty much everywhere.

Is this case, they are using what are called TMDL's – which is short for "total maximum daily load".  See, the strategy is to put the bay on a "pollution diet".  In order to do this, the EPA and other Federal agencies developed this very large computer model that attempted to calculate where the pollution is coming from based on land uses in the model area.  From there, they assigned reductions in contaminants to every state in the watershed.  As I understand it, the states then assigned a required reduction in TMDL's to each jurisdiction.

Manassas now has our number and the primary contaminant from the city would appear to be sediment.  Certainly others are present but it is mainly sediment (Interestingly, our number for existing pollution is based on the model.  Nobody appears to have gone into the field and tested to see whether it is indeed accurate!).  This being the case, we need to build more storm water retention ponds, do stream bank stabilization (Winters Branch comes to mind) and a bunch of other things.  In order to pay for the huge cost of this the City Council has elected to implement what is called a "Storm water Utility".  This is like our electric or water utilities.  Yes, it will be another bureaucracy with its own entrenched interest and, because it is mandated by the state and Feds, it will never go away….It is an independent fund that will raise its own money to fund operations.  Yes, that means you'll be getting another line item on your utility bill once a year.  The amount of this new tax hasn't been determined but it is likely to be between $50 and $100/year for homeowners.  Businesses will likely have to pay thousands per year and some large businesses could have bills in the tens of thousands of dollars – real money.

The way the program has been setup by the state is a bit of a game.  We do certain things and we get "credits" for those things.  Street sweeping, for instance, reduces the sediment headed for the bay so we get a credit for that but it won't be much.  No, the big tamale's in sediment reduction are, as I understand it, water retention ponds that allow the seducement and other contaminants to settle out of the water.  These things cost millions to build and maintain.  We're getting ready to build one behind the Hospital in the next year or two.  Hopefully between that pond and some other activities we can meet our number or the City – in an extreme scenario – may have to take land from private property owners to build more ponds.

Please note that this is not the first of the expenses that have doled out to localities.  You might have noticed that your sewer bill has gone through the roof over the past couple of years?  That's because UOSA is building like mad in order to try to reduce the pollutants that pass downstream and increase capacity.  Look for your sewer bill to continue to go up.  The commission members I've chatted with expect the sewer bill to exceed power bills in the coming years.  The City is unable to build our own sewer treatment plant – the EPA mandates that we send our sewage to UOSA.

So, what do I think of all this?  Well, you can tell when the State or Feds get serious about something like this when it ends up on the local level.  They want it done but they also don't want to fool with it – so they send it to us!  I was the only Council member that voted against it (I suppose you could call it a principled stand, or just kinda crazy).  No, I don't hate the Chesapeake Bay, I hate that the Feds/State mandated it but don't have the stones to raise the money necessary to pay for it.  Can't be seen as "raising taxes" so we'll just make someone else do it.  The state (with our "conservative" leadership) has lately become quite adept at this stunt.  I'm sick of it so I voted against it.  I also hate that we're creating yet another bureaucracy that will never go away and impose ever more regulation on business.

The budget is concluded.  The final compromise, detailed earlier, is what passed.  If you supported the CIP, et.al., you've likely moved on to the next thing, like making dinner.  If you opposed the plan, you're probably marking the calendar and plotting the political demise of those that supported the CIP and budget plan.  Those in the middle who supported the project nearest you but considered the balance of the CIP a luxury, well you're mad too…:)  It seems as though everyone was equally angry so it was probably the right deal.  The final two cent cut might leave us a bit of a hole to fill next year but we'll have to wait and see.

My hat is off to those citizens who attended some of the budget meetings.  I listen to everyone but the opinion of someone who has bothered to educate themselves on the budget and the process is especially interesting.  I chatted with many of you at length and, even if we didn't agree, I think we understood each other and there's a certain amount of respect developed.  It's also cool to think that some of those folks will get involved either as a volunteer or to run for office!

I'd also like to thank all of those who took the time to email or call.  Especially those who disagreed.  That feedback is important and it does make a difference.  Without feedback that final 2 cent cut doesn't happen.  While email is not quite the level of committee as dragging yourself to a meeting, it really does matter.  Especially now that we don't have a local newspaper.  For whatever it's worth, I think the feedback I received both via email, phone and public meetings was slightly in favor of the budget/cip.  It isn't black and white as some of the feedback supported this or that project but maybe not the whole thing.

Those of you who elected to insult Council members (or other members of the public) either at public hearings or via email, I'm at a loss as to what your strategy was.  I am President of an IT company, maybe you're a stay at home mom, a lawyer or a government employee but we are all just people.  Few people respond positively to insult.  Having a difference of opinion is fine but we should be able to maintain civility.

In any event, what's done is done and we're off to start building and fixing things.  I'm excited as I believe this will be the start of a new development/redevelopment cycle for Manassas.  We have the opportunity to pick a new City Manager soon and D-Mag is working hard on the schools side to get things squared away.  For the Council, I suspect the committees will be very busy this summer and we'll likely start the fall/late summer off with several days of interviews for the Manager position.  I'm also hopeful that the Central Office is torn down July first…:)  In the end, this is a CIP and budget that's all about growth and investment.  It's what Manassas needs.