Category: Information Only (page 1 of 49) 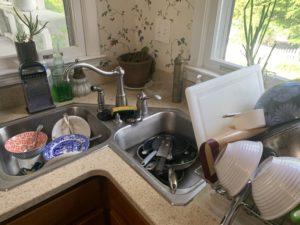 As I understand it, our local elected folks are having discussions about raising taxes over the next three years by about 10 cents….and that's just extra money for the schools operating budget.  That doesn't include building a school or increasing funding for City programs.  I'm simply stunned.  Something has gone horribly wrong when taxes have to go up that much and that isn't all that will be required.  The budget projections to rebuild Dean appear to be about twice that of Baldwin – that surprised me.  Everyone knows that the rate is essentially meaningless without valuation and valuations in the City aren't plummeting like they were in 2008.  They're stagnant or slightly up….so it isn't as though the rate is going up to keep the tax bills flat.  The other big part that's missing in this discussion, and it's something I think our Council should be asking for, is a plan to increase the school's performance.  Indeed, we seem to be facing this increase to simply maintain the status quo.

My rather harsh stance on this has surprised some folks.  "Don't you support the schools?" is a common refrain.  I sent my kid to those same schools so of course I do.  In addition, while on Council, I made some tough deals and worked to get budgets passed that increased taxes – that built a new elementary school and started a Science and Tech program.  My critics might ponder on that a bit.  I took a lot of heat for making that deal for Baldwin.  The city actually had to cut its operating budget to fund the construction of Baldwin.  I helped make that deal and I took the heat – many of my party members called for my head during those years – so of course I support the schools.

However, what I don't support is what seems to have happened since.  When we made the deal to build Baldwin it was supposed to put the schools on a glide slope so that, as debt service payments rolled off, they could afford – with some tweaking – to rebuild Dean.  Evidently someone dramatically missed the mark on their budget projections.  Indeed, I feel as though someone wasn't exactly straight with me at the time.

Let's be clear: what we are facing is an existential threat for our schools and city.  People are having discussions on social media about folding the City back into the County.  It's heartbreaking.  Should we throw up our hands and give up?  Never.  However, we can and should demand more from our leadership than simply increasing taxes.  With even the latest increases the City has a difficult value proposition.  We will need strong leaders – who aren't busy playing games – and much more public involvement to get this train back on the tracks.

I have avoided city hall like the plague since leaving office but I'll be at the budget meeting tomorrow night.  Before I write further on the matter I need to get a better flavor for what's going on….I admit that it's the size of the increase that so surprised me but I owe it to the schools to get better informed as to what's going on if I am to be a critic.  I suppose it is possible that I'll leave that meeting singing a different tune.  I don't think it'll happen but I'm open to the possibility.