In any social situation that I'm in, I am normally the only cycling nut.  Sometimes one of the other Bike Manassas guys will be around but it is usually just me.  So, when something happens in cycling that ends up on the front page of a newspaper, I'm the guy that gets the questions.  This doesn't happen very often.  Cycling in America, while on the rise, is still just above the hammer throw in terms of sports popularity.  In fact, hammer throwing coverage would probably bump cycling coverage.

However, there is one person gauranteed to draw interest no matter what is going on: Lance Armstrong.  He really is the face of American cycling.  We do have other very talented riders, Greg Lemond won the Tour 3 times but few could pull his name out of the air.  If you mentioned it folks would be like "oh yea, I remember that name".  Not Lance.  When people drive by and yell out their car windows they don't yell "hey!  Levi Leipheimer, get outta the way!  No, it's always "Hey, Lance Armstrong.  Move it!".  He's the face of American cycling.  So, it is big news when an organization nobody has ever heard of strips Lance of his 7 (!) Tour titles.

People ask me, "What is it with cycling and doping?"  The honest truth is that I don't really know.  Other sports have had (and continue to have) doping problems but it has never been as pervasive as it is in cycling and I don't understand why.  Professional cyclists, despite being very thin and wiry are tough as nails.  There was a guy during last year's Tour de France who was hit by a car and tossed into a barbed-wire fence.  Despite looking like he had been run through a meat-grinder, He finished the race that day and continued to the end of the Tour de France.  I could go on and on with examples but one's enough.  Honestly, I think it's the kind of doping that goes on.  It isn't just a simple shot with testosterone (although that happens too) no, the worst of it is blood doping.  Riders will transfuse and store blood for use during a race.  While the race is going on they will transfuse that blood back into their bodies.  This results in the athlete having more red blood cells and a greater capacity to get oxygen where it needs to go.  When riders first started doing this, there were several deaths – their blood was simply too thick.  No matter how you cut it, that's a pretty gnarly process.  Transfusing blood back and forth takes a next-level committement to doping far beyond simply sticking a needle in your arm and going on your merry way.

So, on to the Piece de resistance: What do I think about the whole affair?  Well, Lance Armstrong passed over 500 doping checks during his career.  That's a lot of tests.  The body that has accused and convicted Lance is the United States Anti-doping Agency (USADA).  They have convicted him of an "ongoing doping conspiracy".  Essentially they've taken all of the tests he's ever passed and tossed them out.  They have witness testimony indicating Lance is guilty.  Most, if not all, of those witnesses are convicted dopers or have struck a deal with USADA to be left alone.  So all of the tests Lance has passed are out and in is the testimony of a handful of cyclists none of whom have very pure motives.  The US Attorney conducted a 2-year investigation and concluded it wasn't there.  USADA uses a much lower threshold in their evidentiary proceedings.

After all of that, it seems to me that USADA's actions were motivated by something other than just the purity of the sport.  They were out to get Lance and prove that they were relevant.  He was the biggest fish they could catch and hang in public so they did what they had to do in order to make it happen.  They stripped him of his wins dating back to 1999.  Where does it ever end?  Can you get out of the sport without being chased forever?  Seemingly not. You either have to never win a race or die before USADA get around to taking a look at you.

Do I think Lance doped?  I don't know.  Most of his teamates have been busted at one point or another and, while Lance is exceptional, it's hard to believe that he was the only one not doping and still winning races with regularity.  However, he never failed a drug test and his mates did fail those same tests.  I understand the zeal of the anti-doping crowd – doping is cheating – but erasing 13 year-old wins based on shaky testimony doesn't seem to serve a particular purpose other than to put athletes on notice that they're never in the clear.

Bike Manassas has formed a team for an event called the 24 hours of Booty.  Here’s our team page if you want to help!!  It’s a 24 hour bike ride that raises money for the Lance Armstrong Foundation.  We’ve got about 6 guys and I think we’re ready for action.  Some of the guys have been training pretty strong.  My training has been hampered by a broken toe, blistering heat and, more importantly, a very busy schedule at work.  I’ve laid off the extra curricular Council stuff in favor of business.  Matrix makes it all possible after all.  However, I’ve been out there daily the past few weeks so I’m feeling ok (if too fat) but might have to take some breaks.  The ride is this Saturday, starts at 2 and goes for 24 hours.  Yes, we’ll be riding in the dark too.

Of course, into each life a little rain must fall.  That’s right, Irene is going to pay us a visit this weekend.  I don’t min 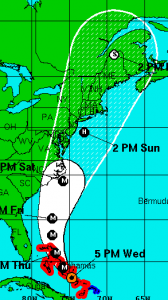 d riding in the rain.  It’s gritty and, if it’s really raining like hell, it can be hard to see but overall as long as the temperature isn’t too low, it isn’t a huge deal.  The problem with a tropical system will be the wind and severe weather.  Severe weather is simple: you don’t ride.  Wind is tougher.  Since the Booty ride is a 2 mile loop we could have several hundred people of varying skill levels riding around in high winds.  That won’t be fun.  Wind has more impact on bikes than you might imagine.  Head winds just make you work harder but cross winds can really move the bike around and that can lead to crashes.

The plan, as it stands now, is to go over there and see what shakes out.  I’ll ride for awhile in the rain but high winds will result in early termination.  There is a tent village but I’ve kept my options open and reserved a hotel room right around the corner….wish us luck!