Mark is an elected republican and is in his second term as a Council member.  He currently chairs the Economic / Land Use committee of the Council.

MUSINGS FROM THIS WEEK'S BUDGET MEETING

Last night the City Council had their first in a series of budget meeting.

From my perspective things break down into two broad strokes: 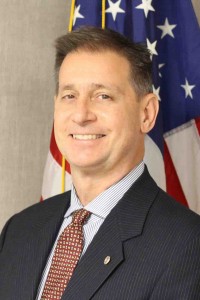 First, the Managers base budget that calls for a tax rate even with last years is designed to maintain the existing level of services with virtually no new initiatives or expanded services. One key area is the beginning of a program designed to retain younger, experienced Police and Fire providers who are being poached by neighboring jurisdictions.

That makes sense to me. The feedback I have received (confirmed by our citizen surveys) shows that folks are pretty content with the level of services provided by the City. And I am not hearing anyone call for less Police protection, less Fire services, less recreation opportunities, less street maintenance, etc.

The one question that has come up is why a 4% increase in real estate bills if we are maintaining an even level of services and prices (cost of living) are generally up something like 2%? The answer to that question is in the City’s revenue mix.

Real Estate taxes make up roughly 55-60% of the total revenue that goes into the City’s general fund. Our problem is that the revenues from the other 45-40% of the revenue stream (Meals tax, Communications tax, BPOL, Machinery, Cigarette, etc) are projected to be flat or slightly decline. That puts an increased burden on the Real Estate tax side. As one friend of mine said, “it’s math!”

The second area is the Managers call for an extra 3 cents on the tax rate to fund future capital projects and to help provide a dedicated funding source for the City’s NVTA commitments. Essentially this boils down to if you want/need to do extra things from the base budget, you have to pay for them. Some of the big ticket items include a new south side fire station, a replacement to the existing fire station, a new Police/Public Safety facility and a replacement for Dean Elementary School.

To me, this is where the tough sledding for the Council will be. No one wants to increase taxes. But most of the Council (maybe all?) recognize that we need to continue improving the City to make it more attractive to new businesses and residents. Thus expanding the tax base and make Manassas economically viable for the long run. The question is what, when and how? That is where I (and I think the rest of the Council) will really value input from the Citizens. It’s not so much about today, it’s about tomorrow.

This space for rent